Power ('potentia'): notes on the thought of Spinoza

In this article I will focus exclusively on Spinoza’s theory of power (potentia) which forms a key element of his theories of natural right and imperium [….] My purpose here is to convey the deep structure of the Spinozan concept of power, rather than become too lost in the geometrico-theological terminology he deploys, or the countless interpretations by which he has been determined. 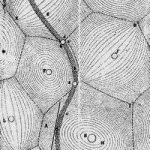 Following Spinoza, it is necessary to construct a definition. Firstly, Spinoza posits a self-caused something (substance) which is the cause of all things — this is its essence, which follows from its properties (infinity, immutability, capacity to know etc.). Spinoza calls this something ‘God’.

Secondly Spinoza now considers what this God is doing, the importance of which question is illustrated by the classical logical distinction between capacity to do and act. For example, Cato is able to walk (property and power [potestas]) and Cato walks (attribute) are clearly different things. Though this God must be able to do infinitely many things, for human purposes Spinoza can only perceive two properties enacted, namely the attributes of Thought and of Extension.

Thirdly, Spinoza notes that this God is ‘unrestrained’ save by its own necessity, and being essentially self-caused (so propelled to act, as it were), this God exercises all his properties infinitely; that is, just as Cato, when he walks, is a walking thing, so God is a thinking and extending thing. Spinoza reserves the name God for this thing when it is thinking, and Nature for when it is extending (Deus sive Natura).

Note that because God or Nature is unrestrained save by its own necessity, every attribute is enacted immediately and inexhaustibly: it is eternal. Now, this enactment is perceived as everlasting in the sense that while Cato may get tired of walking, God or Nature does not, but Spinoza wants us to conceive of this enactment as rigorously eternal i.e. not even indefinite duration may properly be ascribed to it.

Equipped with this construction of substance and its attributes, we are now in a position to conceive potentia by literally ‘plugging’ God or Nature into its attributes. What do I mean? Well, the attributes must be considered as ordering functions — if they are presented with something to function on, they will assign and distribute that something in a single and determinate manner. For example, imagine I took all the letters from this page and jumbled them up into a tiny ball. Now imagine there was a computer program which, if I fed these same letters into it, would distribute them in such a manner as to recreate this text. The attributes operate in something like this way: on their own they are empty, but if we feed God or Nature into them, God or Nature will be distributed in a single, determinate manner to constitute a completed, well-ordered world.

This is easier to illustrate with an albeit misleading example about Extension, where if we posit the Extension function Ext(x), then Ext(Nature) distributes Nature according to a definite coordinate system, in a manner that evolves Descartes celestial fluid model shown in the diagram above. This would be nothing other than Cartesian space, which is why it is misleading — Spinoza in our view is convinced that Cartesian analytic geometry is quite incapable of grasping the subtleties of the ‘infinite series’ of things. Likewise, we can imagine a Thought function T(x), which explicates God as the infinite understanding (every idea). To underline, while we speak of plugging God or Nature into the attributes, the essence of God is such that God does his own ‘plugging’: he self-explicates.
Leer más »
No hay comentarios.:

The Spinoza-intoxicated man: Deleuze on expression

That Deleuze’s thought is heavily indebted to Spinoza is a claim that is both obvious and obscure. On the one hand, Deleuze says quite plainly that he is “a Spinozist,” and that Spinoza is for him “the ‘prince’ of philosophers” [1]. On the other hand, it is hard to imagine that the thinker of difference and pre-individual singularities could have anything in common with Spinoza, thinker of the one absolutely inﬁnite substance and monist par excellence. One might, under the circumstances, be tempted to divide Deleuze’s books into two groups:those in which he speaks in his own name,such as Difference and Repetition and The Logic of Sense; and those which deal with the history of philosophy, such as Expressionism in Philosophy: Spinoza.

But to make such a division would be a mistake. Deleuze’s reading of Spinoza, far from being peripheral to his own thought, is in fact central to it. Indeed, I want to argue here that Deleuze’s ontology of difference cannot be adequately understood outside the context of Expressionism in Philosophy. I intend to show that Difference and Repetition and The Logic of Sense are in large part attempts to articulate an expressionistic ontology, and that they must be read in light of what Deleuze says about expression in his work on Spinoza. Accordingly, what follows is divided into three parts. The ﬁrst gives an overview of Deleuze’s ontology, and shows that it invokes a tripartite distinction among Being, the virtual, and the actual. Part Two traces this tripartite scheme back to Deleuze’s reading of Spinoza, and ﬂeshes out Deleuze’s claim that it is a necessary part of an expressionistic ontology. And in Part Three, I explain how Deleuze both preserves and modiﬁes the Spinozist scheme in his own work. In doing so, I try to show that Difference and Repetition and The Logic of Sense are attempts “to make substance turn around the modes -- in other words, to realize univocity in the form of repetition” [2].

It is often said – indeed, it has become something of a cliché – that Deleuze’s texts operate on many levels at once. In Constantin Boundas’s apt expression, they create multiple “series,” series which “converge and become compossible” at the same time as they “diverge and begin to resonate” [3]. Thus Deleuze’s texts contain a highly original semantics, and a theory of subjectivity, and certain views on the relation of philosophy to political practice. It is less commonly recognized that they contain an ontology – where ‘ontology’ means, roughly,an account of what there is.But Deleuze’s writings abound with ontological claims. Difference and Repetition describes its task as the articulation of a “philosophy of ontological difference” (DR, xix). Similarly, The Logic of Sense insists that any genuinely philosophical inquiry eventually “merges with ontology” [4]. Deleuze’s work of the late 1960s advances an ontology of difference – that is, a metaphysics in which differentiation and determination are seen as the principal characteristics of what there is.

The notion of a “ﬁeld,” then, is central to Deleuze’s ontology [7]. Deleuze not only talks about a “pre-individual transcendental ﬁeld;” he distinguishes three ﬁelds in his ontological writings. Now, to say that Deleuze distinguishes three ontological ﬁelds is merely to say that he makes three different types of ontological claim. It is also to say that claims referring to one ﬁeld have a different status than those referring to another – that claims about (say) the material ﬁeld are fundamentally different from ones about a transcendental ﬁeld. But it is not to say that the two sets of claims concern different worlds. It is not to say that in addition to the empirical world, there is another actual realm which transcends it or from which it emanates.To distinguish ﬁelds as Deleuze does is just to say that different kinds of ontological claim are formally distinct. A familiar example of a formal distinction in ontology is Heidegger’s insistence that the Seinsfrage is fundamentally different from questions about entities. To the extent that this is so, Being and entities belong to different ontological ﬁelds. Another example – and one Deleuze incorporates into his own work – is Duns Scotus’s theory of virtual descriptions. Scotus maintains that some of a material entity’s properties are virtual. They genuinely bvelong to the entity, but do not correspond to any of its material features. “Unity” is an example of a virtual property. Every entity is uniﬁed, so unity may be truly predicated of any object; but we cannot sense an object’s unity as we can sense (say) its colour. Virtual properties are indeed properties, but they cannot be isolated in the material world. They are real but not actual. While they do not belong to the same ontological ﬁeld as material properties, neither do they pertain to an extra-material world. Talk about the virtual is simply a different way of describing the one world. Similarly, Deleuze’s talk about ﬁelds is a way of keeping apart formally distinct types of ontological claim, without suggesting that they describe different worlds. But what are the ﬁelds he has in mind?
Leer más »
No hay comentarios.:

We are accustomed to thinking that the pre-critical Kant, among the rationalist positions, is closest to Leibniz and, amid various problems, responds chiefly to Hume. Kant claims as much in the Prolegomena after singling out Leibniz's metaphysics: "the remembrance of David Hume was the very thing that many years ago first interrupted my dogmatic slumber" (AA 4:257, 260). Yet in a 1798 letter to Garve, he says what first shakes his slumber is the need to resolve "the antinomy of pure reason", specifying the first antinomy regarding the world's beginning and the third antinomy regarding freedom (AA 12:257-8). These antinomies don't signify a Humean threat. In this book, Omri Boehm rigorously and engagingly argues that they indeed represent a Spinozistic threat.


Boehm interprets the antinomies in the Critique of Pure Reason as evidence that Kant aims exclusively to refute Spinoza, so that the critique of reason just is a critique of Spinozism (pp. xviii, xxiii). His interpretive claim therefore challenges the customary thought of what woke Kant. More controversially, Boehm reconstructs The One Possible Basis for a Demonstration of the Existence of God (hereafter Beweisgrund) as knowingly if silently committed to substance monism, so that Kant's subsequent critique targets his own former Spinozism and that, moreover, the doctrine of the thinkable but unknowable transcendental ideal represents an epistemically muzzled or "regulative Spinozism" (p. 7). His reconstructive claim thus challenges the customary thought of what Kant dreamt. Finally and most controversially, Boehm claims that Kant's solution to the antinomies cannot show that existence isn't a predicate without begging the question against Spinoza, but must show that the principle of sufficient reason (PSR) depends on the assumption of contingency -- that the idea that everything happens for a reason depends on the idea that everything could have been otherwise. Indeed, Boehm argues that the dependency claim is required by our moral conviction that the world isn't as it ought to be. With the customary thought contested, his dependency claim boldly restricts the PSR while lending plausibility to Kant's critical project.


I will treat Boehm's reconstructive, interpretive and dependency claims in turn. Chapter 1 offers the reconstructive claim that Kant evolves from silent to regulative Spinozist. While it gives a persuasive Spinozistic reading of the proof of God's existence in the Beweisgrund, I suggest the doctrine of the transcendental ideal doesn't constitute an epistemically muzzled Spinozism. Chapters 2 and 3 make the interpretive claim that Kant's indirect proof of transcendental idealism in the antinomies targets Spinozism. This removes scholarly confusion over the proponents of the antinomies' theses and antitheses, but raises the question of its compatibility with Kant's direct proof in the Transcendental Aesthetic, which doesn't target Spinoza. Chapter 4 contains the dependency claim that Kant's advantage over Spinozism lies in showing that the PSR assumes contingency. It invites us to evaluate our own commitment to the PSR and morality, but also demands revisiting the claim motivating the customary thought about Kant's turn, for Kant might respond as much to Hume as to Spinoza. If this poses a problem for Boehm's argument, it doesn't weaken his valuable thought that our commitment to reason has its limits -- even that we limit knowledge to make room for moral faith.